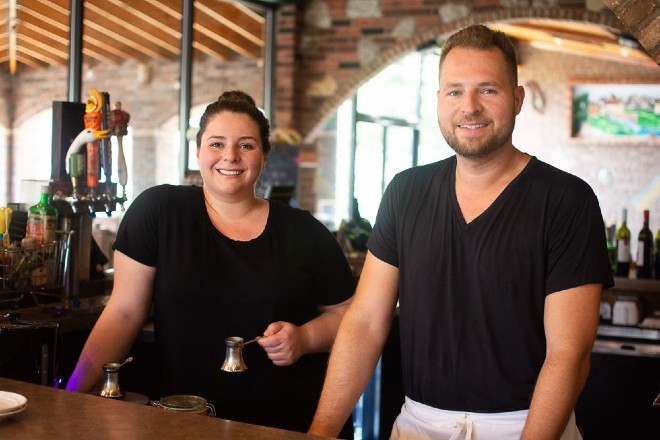 Senada Grbic will never forget her mom’s reaction to the news that her dad had bought a restaurant. Though he’d been talking about doing so for years, Mrs. Grbic had assumed that her vociferous protest against such a move was enough to persuade her husband. They had three kids and were also taking care of his mother. He worked full time with a steady trucking job; she, too, worked full time. There was simply no way they could do it, she insisted.

However, one day, he piled the family into the car and simply told them they were going on a ride. Along the way, Senada, her sister Erna and her brother Ermin sat in wide-eyed silence in the back seat as their parents argued in Bosnian. But it wasn’t just any argument. This was the silent kind that made them realize something big was about to go down.

“You know those quiet fights are the vicious ones,” Senada laughs when she recalls the scene. “The next thing we know, my dad pulls into the parking lot of this scary-looking building. We all get out of the car, and my mom is still screaming, but my dad is laughing. I’m still not sure what she was saying, but I can hear it in my head. That’s when my dad said that he’d bought a restaurant. The three of us kids were like, ‘This is so cool!’ But my mom was still holding on to her purse for dear life.” 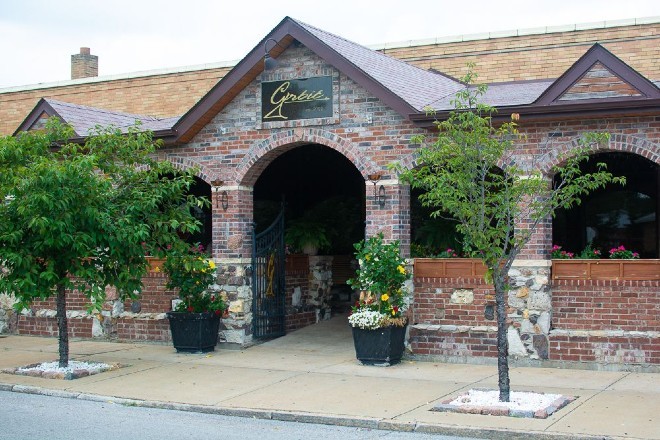 It’s difficult to imagine there was ever a time when Senada’s mom, Ermina, was not wholly on board with opening the south St. Louis institution that bears their family’s name. Since opening in 1992, Grbic has been the most visible symbol of the impact the Bosnian community has had on the city’s food scene, thanks in no small part to Ermina’s outstanding cooking. In its nearly 30 years, the spot has grown from a simple restaurant to a massive operation that includes an events space, making it the place in town for those who want to experience traditional Bosnian cuisine, whether that means the diaspora who still wants a taste of home, their children who are eager to learn about their culture, or non-Bosnian diners getting their first taste of this rich culinary tradition.

In retrospect, Ermina was destined to become the matriarch of such an establishment. Born in a small village in the former Yugoslavia, she not only grew up in the food business — she was actually birthed inside a restaurant. As Senada tells it, the event is one of the best ways you can understand her family’s commitment to the business.

“My grandma actually gave birth to my mom at the restaurant, in the middle of a shift,” Senada says. “Seriously. She was working, went in the back, gave birth to my mom, cleaned her up and went back to finish her shift. That pretty much tells you everything you need to know about my grandmother.”

Considering the circumstances of her birth and upbringing in the restaurant, it was no surprise that Ermina would pursue cooking. As soon as she was old enough, she enrolled in culinary school, then got a job at the town’s school cafeteria, where she became a beloved figure. Everyone in the area knew of her and, as Senada explains, she was considered the town’s sweetheart. It only made sense then that when Sulejman Grbic came back to the town from the United States to visit family, the two would be introduced. 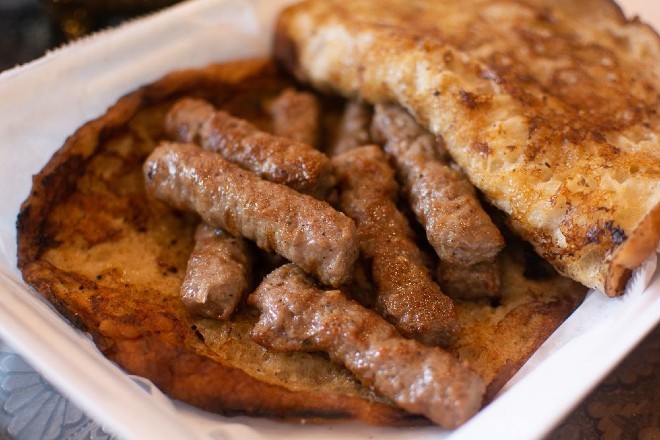 “My parents were from the same village, but they didn’t know each other because my dad is older and left for American in 1972,” Senada says. “He’d been working in a meatpacking plant and slaughterhouse because that was the trade he’d learned from his grandparents, and he saved up enough money from those jobs to come back to his village and visit family and friends. People wanted to give him a tour of the restaurant my mom was working in, and here comes in this big American hotshot. She was slicing beef and asked him if he wanted to try some. My dad always says he knew right then and there he was going to marry her, because it was the best steak he’d ever eaten in his life.”

Ermina and Sulejman were married and made a life for themselves in St. Louis, where they were considered the social hub of a community that included immigrants from Bosnia, Serbia, Croatia, Montenegro and Greece. Senada recalls their house being filled with people all the time; they were always hosting parties with her mom in the kitchen and her dad outside on the grill. Their hospitality was so legendary that their friends would regularly encourage them to open a place of their own, planting a seed in Sulejman’s head that would eventually lead him to leave his job in the trucking industry behind and take the leap.

The restaurant that would become Grbic was a complete disaster when Sulejman purchased it. As Senada recalls, the building at 4071 Keokuk Street on the edge of Dutchtown felt like a haunted house with exposed wires dangling from the ceiling, holes in the walls, no flooring, no kitchen and no plumbing. However, her dad insisted he had a vision, and the family spent four years cleaning up and building out the space to turn it into a shining restaurant that served its first customers in 1992.

From its origin to now, Grbic is thoroughly a family business. Senada, Ermin and Erna — until her death from cancer in 2019 — have worked alongside their parents to create a warm, welcoming and delicious space for anyone who comes through their doors. Senada, who went to culinary school like her mother, is committed to carrying on her family’s legacy and is overwhelmed by the love they have received from the greater St. Louis community over the years. She believes the food, fundamentally, is the reason for that and is always thrilled when people tell her that the restaurant’s dishes taste just like what their grandmother used to make. Those compliments sustain her, and she knows they sustain her mother, who she thinks secretly wanted all along to have a restaurant as much as her dad did — which is why Ermina can’t let it go, even though she’s allegedly retired.

“My dad is there every day; I don’t know what he’d do were it not for the restaurant,” Senada says. “But my mom is the one standing there over my shoulder. She loves to stand there behind my back and tell me all the time, ‘This is how Mamma do it.”

We are always hungry for tips and feedback. Email the author at [email protected]