Skip to content
From our friends at WABI Burien: We can cross the Peter Western Bridge again!This Sunday,...

From our friends at WABI Burien:

We can cross the Peter Western Bridge again!
This Sunday, January 3, starting a NEW YEAR!

The Peter Western Bridge in northeastern Burien was damaged in February of 2017, subsequently rebuilt, and just reopened on December 21, 2020. (See construction pictures and READ MORE on The B-Town Blog.) Because the bridge has been closed, we haven’t been on this walk since April of 2016. 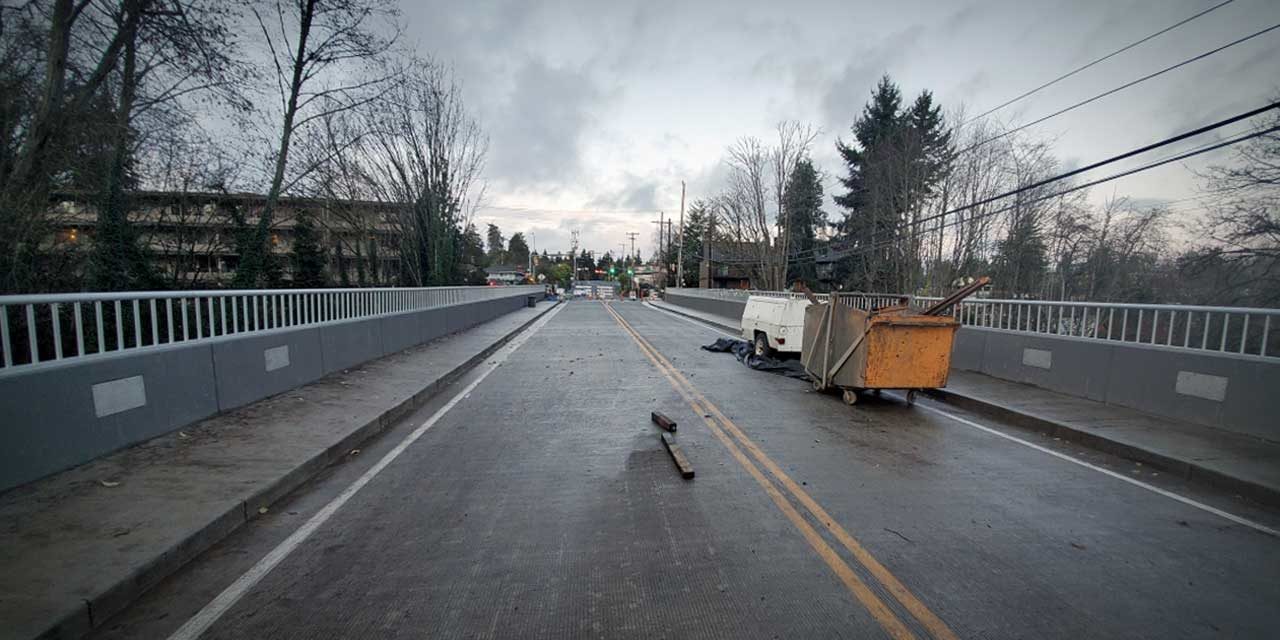 Who was Peter Western?

Why do we want to cross the bridge? To see one of the three stone houses nearby!
Long ago, at the north edge of Burien, there were people building some very distinctive homes with stones and pebbles. Start this New Year on the January Stone House Walk-n-Talk to marvel at three stone wonders and cross over the new bridge. This month’s walk will take us into the Boulevard Park and Hilltop neighborhoods (starting at Boulevard Park Library and walking past Hilltop Elementary).

Masks/face coverings are required, and we will walk while maintaining social distance.

Click on the photos to enlarge them for a better view: 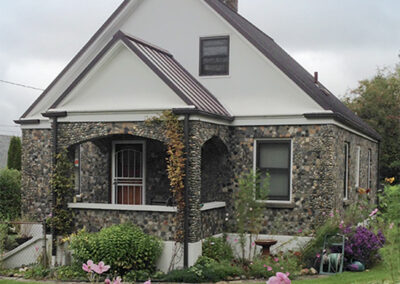 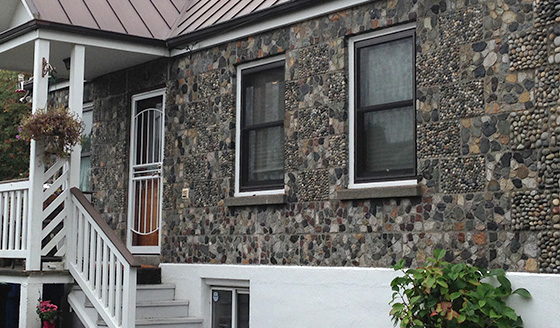 Detail of the Hamel Stone house. Built in 1945. Note the “cut stone” blocks alternating with the “round pebble” blocks. 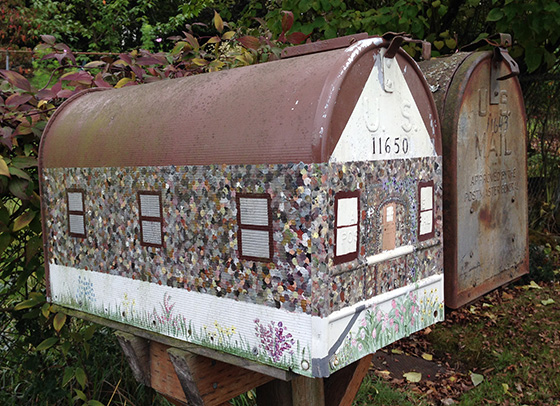 Even the mailbox of the Hamel house on Roseberg Ave. S. is decorated to mimic the house. 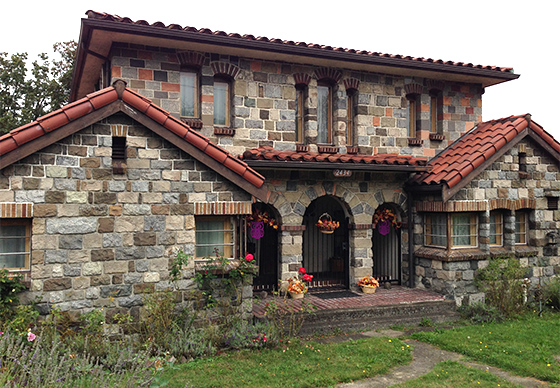 Multicolored, stone block house at 2434 S. 116th Way. Built in 1934. This one is quite different from the others, yet very interesting in its architectural traits. 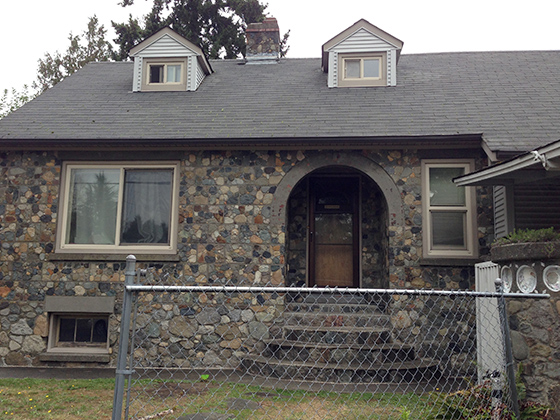 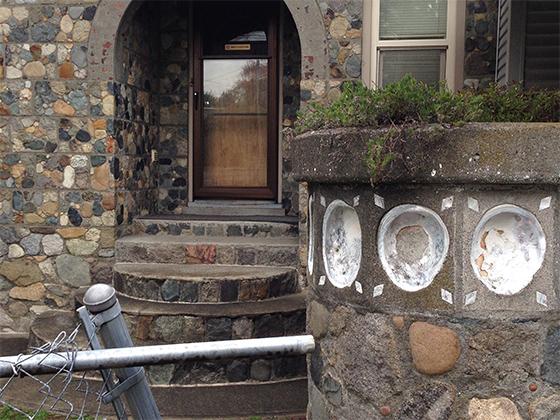 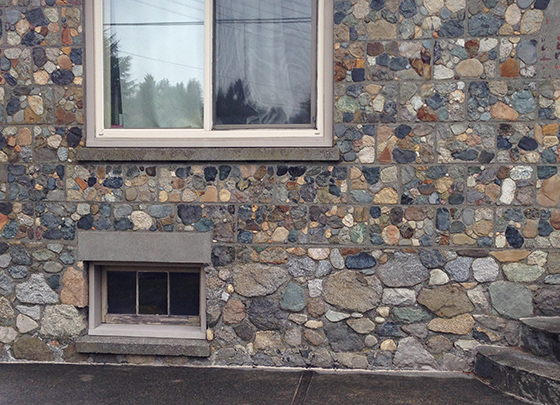 Detail of Stone house at 2203 S. 118th St. This house has some of the same characteristics as the house on Roseberg Ave. S., and was built in the same year, 1945. They’re just a block away from each other and must have been built by the same person(s).

In addition to walking and chatting with neighbors, one of the goals of the monthly Walk-n-Talk is to explore different neighborhoods in Burien. 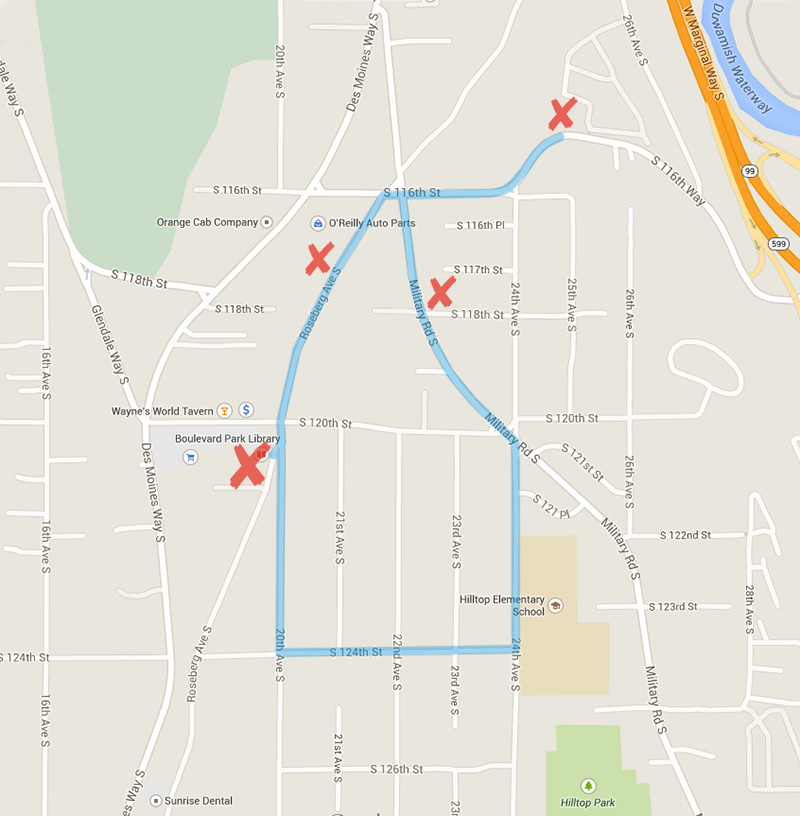 When on the Stone House Walk in April 2016, we stopped to admire the house on Roseberg Ave. The owner, a nice woman named Betsy, came out to talk to us and tour us around… A month-and-a-half later, WABI got an email from Betsy’s sister, who told me she had died just a couple of weeks after our visit:

“Hello: I think it was in April on a Sunday that you notified Burien-ites of a walking tour of 3 rock homes in Burien. One was my sister’s home at 11650 Roseberg Avenue South. That was so wonderful because she loved her home and wanted so many to appreciate it. She was ill with Ovarian Cancer at the time; she died on May 1. On the tour day she was at home and came out to her front porch to talk to the folks who came by. She also had a beautiful garden, which she was thrilled to talk about. I want you to know that it was one of her last fabulous days. She loved attention (and deserved it) and that day she got it.“

Peter Western portrait and bridge photos courtesy of the B-Town Blog. Thanks, Scott!